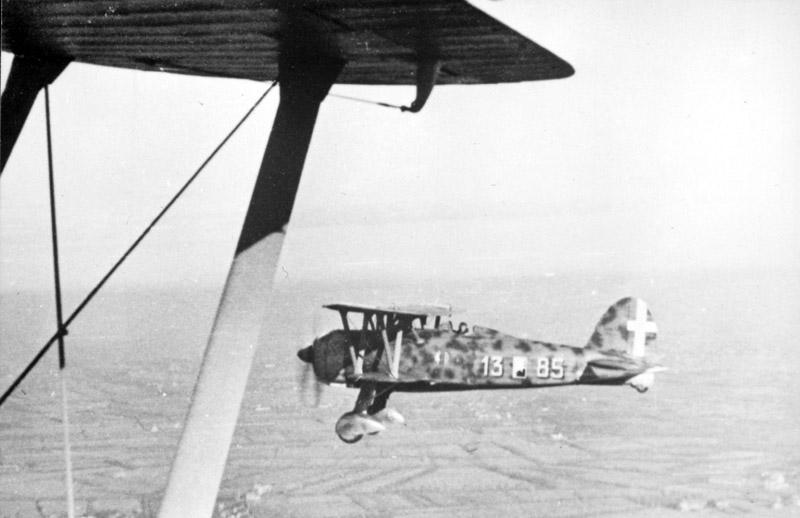 The Corpo Aereo Italiano from the Italian Royal Air Force participated in the Battle of Britain and the Blitz during the final months of 1940 during World War II.

The CAI supported the German Air Force (Luftwaffe) and flew against the British Royal Air Force (RAF). The CAI achieved limited success during its brief existence, but it was generally hampered by the inadequacy of its equipment.

Felixstowe was also one of the few places bombed by the Italians during the Blitz.

Benito Mussolini’s air force proved to be no match for the Royal Air Force, who shot down a fair number of Italian biplanes over the English Channel and around Felixstowe itself

Offensive fighter sweped along the channel continued until 28 November 1940 and mainly night bomber raids on Felixstowe, Lowestoft, Ipswich and Harwich until 7 February 1941.

On 11 November 1940, with an overheating engine, Sergente Pilota Pietro Salvadori’s aircraft ‘MM5701’ force landed on the shingle beach at Orfordness, Suffolk, gently nosing over on the shingle.

Salvadori was taken prisoner and was apparently very proud of his landing. His aircraft is now displayed here at RAF Museum London.

With defensive/patrol fighter sorties continuing until the same month, the CAI CR42s and BR20s then returned to Italy, although two squadrons of G.50bis aircraft remained in Belgium until April 1941 on local coastal patrols.