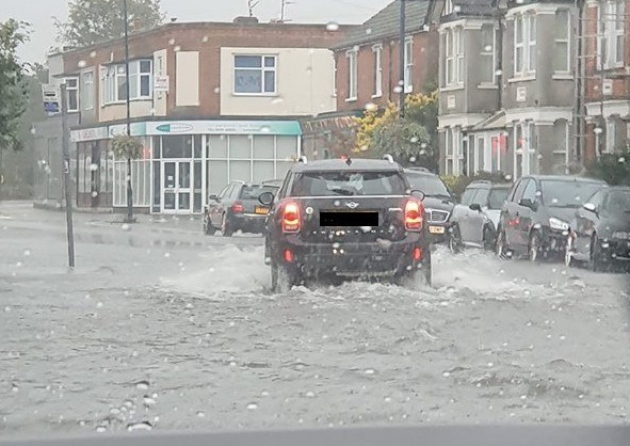 Maps produced by Climate Central, a body of leading scientists and journalists, show the parts of Felixstowe that face being lost to rising tides within decades

Felixstowe is at significant risk from rising water levels

Scientific studies are showing the truly devastating direct impact climate change is going to have on Felixstowe.

Huge parts of the Suffolk coast will be below sea level by 2050 unless huge cuts are made to our carbon emissions immediately.

This is happening right now with the latest annual state of the UK climate review compiled by the meteorological experts shows how the country continues to warm, with 2019’s average temperature 1.1C above levels seen between 1961 and 1990.

Last year was most notable for breaking records with the UK recording its hottest temperature ever as the mercury soared to 38.7C (101.7F).

The map below shows what Felixstowe will look like if sea levels rise by five metres.

What do scientists think will happen?

The images below come from the organisation Climate Central who are an independent organisation of leading scientists and journalists who research and report the facts about our changing climate and its impact on the public.

This is based on: