I Grew Up Black Mixed-Race In Felixstowe. This Is How It Shaped My Identity 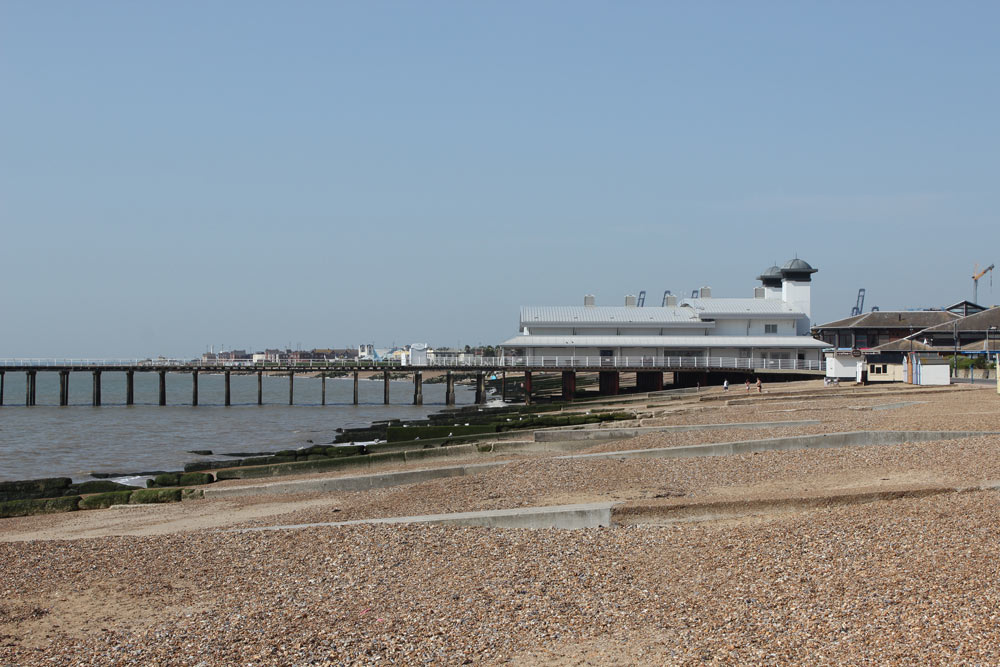 The Black Lives Matter protests have hammered home how othered I felt from a young age.

The ugly, brutal racism that killed George Floyd is symbolic for black people across the world who have to live with the constant sense of being othered, disrespected and dehumanised. I’ve never been the victim of police brutality, but the Black Lives Matter movement is making me think again about the racism that has shaped me deeply.

Born in London to middle class immigrant parents; my mother is from India and my dad from the Democratic Republic of the Congo. When I was four, my parents made the big decision to take part in ‘black flight’ – the act of minorities sacrificing living in cosmopolitan areas for their own economic advancement.

They chose to leave multicultural North London for the sleepy seaside town of Felixstowe.

I can distinctly remember feeling ‘othered’ from an extremely young age. I was the only brown kid in my class for almost the entire time at primary school, and for a long time mine was the only black family I knew, and we lived in a society that continually reinforced whiteness as the norm – my dad was continually stopped by the police in his BMW for months until the local police force realised they were stopping the same black man who clearly not involved in criminal activity, again and again.

“In my childhood, I didn’t want to draw attention to the fact that I was different – I can remember cringing at my dad blaring his Congolese music from the car when he picked me up from school.”

And it wasn’t just adults who participated in making us feel like outsiders. Anyone who ever tells you that children “don’t see race” is wildly underestimating how embedded racial concepts are in our culture.

I distinctly remember being told by one of my school peers when I was nine that “I needed to marry my own kind”. We both understood what that meant.

Of course, this was continually reinforced by a school curriculum and wider popular culture that I almost never saw myself in. I remember learning about the ancient Egyptians and staring at illustrations of them in my textbooks, their skin milk bottle white.

The best I could do was steal glimpses of my history from books at home, and listen to my parents’ stories about black American heroes like Malcolm X and the grim realities of the British Empire.

Going to university can often be a difficult experience for BAME people, as many leave more multicultural environments for much whiter ones.

For me, it was the opposite. The four years I spent at Surrey, finally gave me an understanding of what it meant to belong.

But, it also taught me that, as hard as my parents had tried, I had huge gaps in the knowledge of my cultures compared to my peers. I didn’t know anywhere near as much about the food, music, clothing, or language. In my childhood, I wanted to minimise my cultural heritage and not draw attention to the fact that I was different – I can remember cringing at my dad blaring his Congolese music from the car when he picked me up from school.

But as a young adult I suddenly felt like I was missing a huge piece of my identity, something which I’m still trying to rediscover.

Like a typical graduate with no idea what I was going to do next, I reluctantly moved home to Felixstowe.

The town was slightly more multicultural than when I’d first arrived, but the microaggressions still came thick and fast.

Starting a job at a local restaurant, some staff claimed they’d “never be able to remember my full name” and insisted I shorten it.

The one and only time I went to a white hairdresser, my hair – despite being chemically relaxed – was described as “challenging”.

After the EU referendum, myself and another black girl I didn’t know were eyed up by a grim looking young guy who shouted that “this doesn’t even look like England anymore”.

Our mere existence was enough to rile some people. An understanding of anything outside of whiteness or the white experience often seemed impossible in this suburban bubble, where a positive view of multiculturalism for many people is probably ordering a Chinese.

“The racial self-hate I carry is a painful thing to fully come to terms with.”

Living back in London now offers me a surface level comfort in who I am, and the chance to explore my heritage further. But growing up in a suburban bubble will have impacted me on a deep psychological level.

It’s impossible to say I don’t buy into racial stereotypes more than I might realise, or on a deeper level view white skin, hair and features the ultimate standard of beauty. I know there are environments where I might subconsciously tone down my ‘other-ness’: not eating the ‘ethnic’ foods I like, not having my curly hair in its natural state, not wanting to wear Congolese or Indian traditional clothing, quieting my voice to not come across as the ‘loud black girl’.

Realistically, it’s probably reflected in the friendships I’ve made, and even my dating choices.

The racial self-hate I carry is a painful thing to fully come to terms with. I know that I can never fully unlearn all those negative racial messages poured into me as a child, and continue to navigate as an adult in a world that beyond my small hometown, still sees whiteness as best.

And what of the many, no doubt well-intentioned people from my hometown?

I often wonder how they are perceiving the visuals of slave trader statues being torn down, the questioning of historical figures central to their identity, or the insistence from this generation that we aren’t going to just sweep race under the carpet any more?

There will be some who can’t be helped, but I hope this open and honest dialogue we are finally beginning to have with each other is a good start for the rest of us.

Banseka Kayembe is a freelance writer and runs Naked Politics, a platform dedicated to empowering and engaging young people in politics

3 thoughts on “I Grew Up Black Mixed-Race In Felixstowe. This Is How It Shaped My Identity”