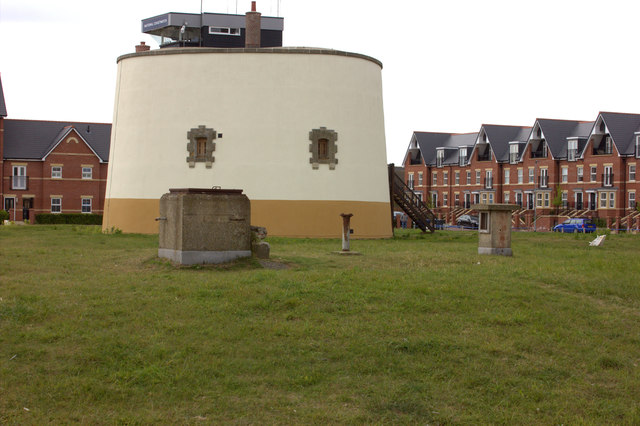 In 1962, an underground bunker was built next to Martello Tower P (Martello Park).

Over 1,500 of these small bunkers were built at various points around the country during the Cold War.

It was manned by members of the Royal Observer Corps who’s jobs were to track enemy aircraft over the United Kingdom.

The volunteers at Royal Observer Corps were tasked to monitor any nuclear attack from Soviet Russia.

The posts were built to a similar design, with a single monitoring room 15ft below ground, which was accessed by a ladder with a hatch on the surface. Internally, the furniture, bunk beds, communications and monitoring equipment remained standard.

The bunker was designed to survive a nearby nuclear explosion. The bunker could operate for several weeks after an attack.

The crew of three were to confirm any nuclear strikes, provide information of the whereabouts of radiation clouds and report on fall-out.

The bunker was decommissioned in 1968 after only six years in service.

Many of the posts have now been destroyed or are in poor condition due to vandalism, most of the remaining ones are on the edges of fields or areas of unused scrub land at the side of roads or foot paths