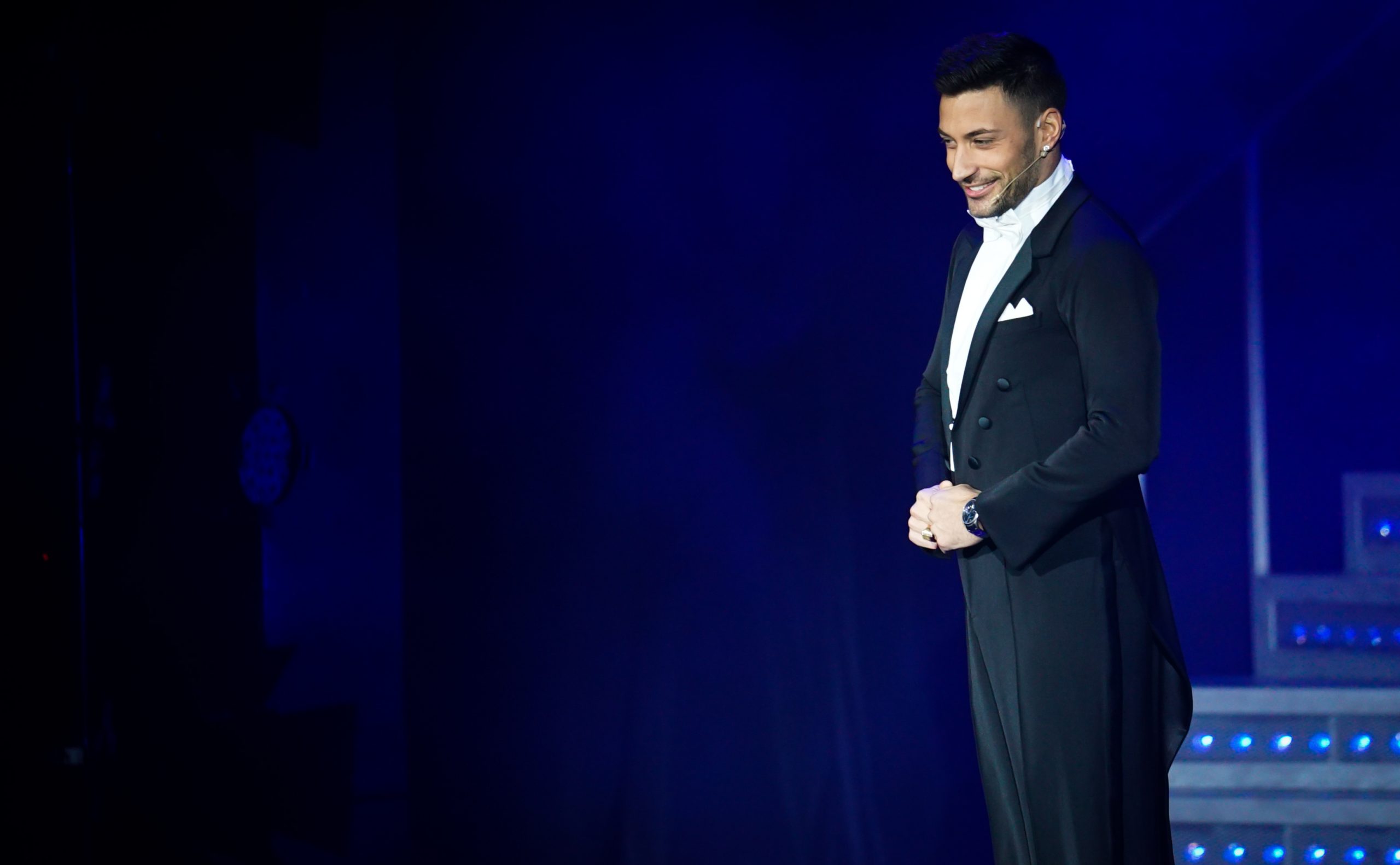 A Review of Giovanni Pernice – This is Me at The Spa Pavilion, Felixstowe. Thursday 28th April 2022 at 20.00.By G. Atacocugu

Giovanni Pernice – This is Me. If ever there was a show to literally make a song and dance about, this was it! I cannot recall enjoying an evening of music, dance and comedy as much as the one Giovanni and his troupe brought to the Spa Pavilion.

The current Strictly Come Dancing champion and his team created a spectacular show that delighted the Felixstowe audience. There was nothing not to like. Every member of the cast was incredible.

Every element, from the costumes, props and lighting had been designed to give maximum impact.

There is no doubt that the fans of Strictly and Giovanni expected to enjoy the show when they booked their tickets – he’s a charming character, an amazing talent in the dance world and a natural entertainer.

What people didn’t necessarily realise was that their expectation of seeing a good show became elevated to that of a great show – one that had elements of surprise and amazement throughout.

Watching a production featuring Giovanni and his team is like buying a cake and discovering multiple cherries on top! It’s exciting, delightful and has that ‘wow’ factor.

Credit has got to be bestowed upon striking principal dancer, Lauren Oakley, who partnered Giovanni in many of the dances. In addition, mention must be made to the two powerful singers, who also danced, Whitney Martins and Tobias Turley. Along with a troupe of dancers, they all did an impressive job throughout.

The title, This is Me, was a nod to the namesake song from the film The Greatest Showman. However, this connection was only really referenced by Giovanni towards the end of the show.

These all took place around a set comprising of a bridge, rear of centre, with a curved staircase either side. The opening dance routine saw the female dancers in elegant evening dresses with feathered fans in their hands – the gentlemen, in tail coats.

At the end of the first number the dancers separated to reveal both Giovanni and his 2021 Strictly Glitter Ball. The audience were thrilled.

Early in the show we were treated to a performance which was meant to resemble what goes on at a Strictly after show party.

This morphed into dance routines that generally emulated the work of Fosse’s Chicago and Cabaret. The vibe was one of a smoky, sultry, almost sleazy venue, filled with the sounds of jazz.

This transitioned into Giovanni chatting to the audience about how he was pleased to be back in Felixstowe – his hometown (pause for laughter) and how the show was all about him! Hence the title.
Another segment focused on Giovanni and his posse paying tribute to one of his idols – Freddie Mercury and the band Queen. Giovanni joked that he and Freddie shared the same birthday – but not the same teeth! Although he was not at Wembley shouting ‘Ay O’, as Freddie once did, Giovanni felt he was in a much better place – his hometown of Felixstowe shouting ‘Gi O!’

After wonderful song and dance performances featuring The Show Must Go On and Bohemian Rhapsody’, Giovanni said that he would like to invite a member of the audience to join him on stage. The lucky person was a chap named Lloyd – ‘like the bank!’

Lloyd was asked to recline, put a on a hat and ‘read The Daily Mirror’. He was also told to ‘relax and enjoy the ride.’

The next minute, Lloyd was surrounded by three males in 1950 style printed dresses, pushing vacuum cleaners around the stage whilst the female dancers were sorting out the laundry. Then Giovanni entered wearing a black wig, leather mini skirt, bright pink top, black hold ups and heels. Yes, he had recreated Freddie’s iconic look in the video of I Want to Break Free’. The audience were in stitches, especially when Giovanni started to caress Lloyd and then was tottering around in high heels.

A rumba between Giovanni and Lauren and the samba followed, but the highlight of the show, I felt, was when Giovanni joined Whitney and Tobias and sang – in Italian. It was a moment none of the audience had expected. It made my heart skip a beat. Not only was it a revelation that Giovanni could, as he put it, ‘hold a tune’, it was a beautiful and emotive tune at that.

Towards the end of the evening Giovanni mentioned Rose Ayling-Ellis, the deaf actress with whom he had won Strictly 2021. He paid tribute to her being an amazing dancer and a true inspiration as a human being. He then proceeded to use British Sign Language (BSL) to sign the first verse of the song This is Me. It was another moment when my heart skipped a beat and I gasped for breath.

The encore comprised of the cast performing an incredible jive to River Deep, Mountain High and the audience giving them all a truly well deserved standing ovation.

The entire evening was a remarkable and mesmerising festival of talent, fun and surprising moments. Well done to Giovanni and his team. We look forward to your next tour.